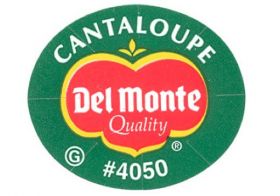 The US Food and Drug Administration (FDA) has lifted its import ban on cantaloupe melons imported by Del Monte Fresh Produce from Guatemalan supplier Asunscion Mita.

According to Del Monte, the two parties have reached "an amicable resolution", with the development clearing the path for new plantings and imports to take place during the coming months.

The restriction had initially been introduced after the Guatemala-based producer was linked to an outbreak of poisoning caused by salmonella panama bacteria in the US last February.

Del Monte issued a voluntary recall in March, but the FDA went a step further in July when it filed an import alert warning against cantaloupe melons sourced from the farm.

Disagreeing vehemently with the FDA's approach, in late August Del Monte subsequently filed lawsuits against both the FDA and the Oregon Health Authority's Public Health division, including its senior epidemiologist William Keene, whom they accused of only having conducted "an apparently cursory investigation" into the cause of the outbreak.

"Del Monte Fresh Produce is pleased to communicate that we were able to reach an amicable resolution with the Food and Drug Administration resulting in the rescission of the import alert," the company said in a statement, adding that it now shared a "mutual interest" with the FDA to create and enforce appropriate food safety measures in order protect consumer health.

"This agreement demonstrates that the FDA and importers, such as Del Monte Fresh Produce, can work together to achieve this mutual goal," the company added.