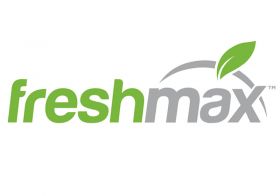 Maui Capital bought the 60 per cent holding in Freshmax from Australian investor Wolseley Private Equity in late December, after being approached by Freshmax’s management – which owns the remaining 40 per cent of the company – to help expand the business, reported Fairfax.

Since Wolseley bought into the company in 2006, Freshmax’s business has roughly tripled with the acquisition of Australian fresh produce companies John Holman & Co, Panda Ranch, Oztaste, Grewal and De Luca Banana Marketing in Australia, and a joint venture with grower-marketer the Crasborn Group in New Zealand.

Since Maui Capital came on board in December, Freshmax has reportedly already opened a new office in the US to run a joint venture with the University of California aimed at importing seedless mandarins and other produce into Australasia.

“Freshmax is a very successful management team who have come out of Enza and Frucor in the old days and many of the key managers in the company, both Australians and New Zealanders, have successfully built up businesses in their own right in this industry before they’ve sold them into Freshmax,” said Maui Capital’s managing director Paul Chrystall.

Maui Capital’s involvement with the company makes sense in light of Freshmax’s growth plans. The equity group specialises in helping companies expand and is able to provide the funding to do so, explained Chrystall.

“Our current Indigo fund is a NZ$250m fund, and I think we have NZ$75m still left to invest,” he said. “We have access to large offshore specialist investors…and we’re also likely to be raising a new fund next year so capital resources are not something we’re particularly worried about.”

Freshmax began life as a subsidiary of New Zealand horticulture giant Enza in 1995, but was split off in a management buy-out and combined with fellow subsidiary Frucor in 1997.