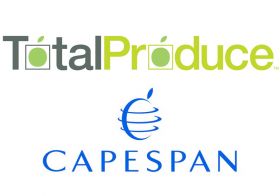 European fresh produce marketer Total Produce has agreed to sell its 25.3 per cent stake in South Africa's Capespan Group to Zeder Financial Services Limited, marking the end of a decade-long partnership between the Irish and South African companies and making a potential stock market listing for the group even more likely.

The deal, due to be concluded on 23 April and worth R258m (approximately €22m), will see Zeder extend its majority shareholding in South Africa's biggest fruit exporter to just over 71 per cent.

According to the Irish firm, the agreement followed a recent approach by Zeder and a strategic review of the long-term benefits of holding what was a minority stake.

Zeder, which has its headquarters in Stellenbosch, is an investment holding company that mainly invests in food, beverage and agricultural companies where it feels it can add value. The acquisition of a larger stake in Capespan appears to fit well into that strategy.

Total Produce, meanwhile, had been Capespan's second-largest shareholder since January 2012, when Capespan Group bought out the Dublin-based company's 50 per cent interest in Capespan's European business, in exchange for €8.5m in cash and the issue of an additional 20m, or 6.3 per cent, of Capespan Group's total shares.

Total Produce accounted for its shareholding in Capespan as an associate and, in 2012, it generated turnover of €112m and adjusted profit after tax of €1.9m for the company.

Commenting on the transaction, Total Produce chief executive Rory Byrne said: "We have enjoyed an excellent relationship with the Capespan team since 1999, and would like to thank them for their valued performance and contributions over the years. We look forward to continued trading links with Capespan, and would like to wish them and Zeder every success in the future."