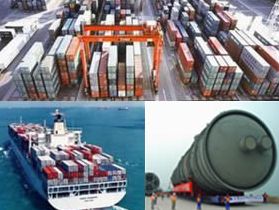 Wei Jiafu, chairman of China's largest shipping business, Cosco, has resigned, leaving his successor the task of returning the company to profit to avoid being delisted, reports The China Daily.

Wei will be succeeded by the group's general manager, Ma Zehua, according to a statement on the company's website.

The China Daily report said Wei turned Cosco into the country's top shipping conglomerate and the world's largest dry bulk company. But the recent slump in global shipping demand and supply glut in the industry resulted in two years of losses for the group.

In 2011, China Cosco Holdings recorded a loss of 10.45bn yuan (US$1.69bn), followed by a loss of 9.56bn yuan a year later. If the company cannot return to profit this year it may be delisted from the main board, the report said.

Ma told a business performance briefing that the company will try its best to minimise losses in its core business and will optimise routes and product designs to meet market demand. Ma added he would also seek to reduce costs by cutting expenditure on fuel.