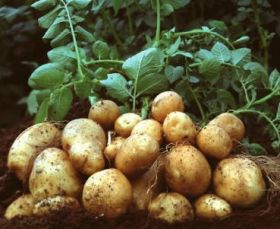 Potato prices in India have almost doubled over the past week as a result of increased demand from areas where crops have been damaged by heavy rain.

The weather damage occurred in the states of Bihar, Jharkhand, Odisha and Assam, where increased demand there is being met with old stock and has driven up costs.

"A sudden demand from these states has pushed up prices,” Patit Paban De, member of the West Bengal Cold Storage Association, told the Economic Times. “Moreover, rains have destroyed crops in Southern India too. Farmers have suffered huge losses for the entire year as what they earned was much below the cost of production."

Bengal farmers are reaping the benefits of the increased demand, receiving up to twice as much per kilo of potatoes than two weeks previously.

The situation has been reviewed and analysed on Wednesdau 30 October at a meeting called the West Bengal’s chief minister, Mamata Baneriee.

However, the Indian government has thus far not made any moves to control prices and is unlikely to do so with the Lok Sabha elections results due on 8 December.

"Farmers are benefitting from the price rise and therefore the government will allow the present situation to continue keeping an eye on the rural vote bank," Saharanpur-based potato trader Sushil Chaudhary explained to the Economic Times.