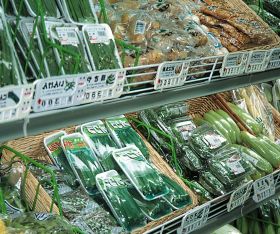 Seed and produce marketers in Japan are hoping to reverse the nation’s falling vegetable consumption by developing a raft of new products suited to Japan’s changing socio-economic profile and that appeal to a growing health-consciousness among the public, reports The Asahi Shimbun.

Sakata Seed Corp in Yokohama told the paper it is working on developing "new vegetables that are convenient for single people". The firm's Tiny Shushu, a miniature "hakusai" Chinese cabbage, can be held in one hand and weighs around 1kg.

Miniature varieties of cauliflower and other vegetables are also in the pipeline at Sakata Seed.

Other firms are working on creating so-called ‘super foods’, products with heightened nutritional value, in response to rising consumer demand for health foods.

Last year, Tokyo-based Dole Japan launched a broccoli variety with three times more sulforaphane than, and twice as expensive as,  regular broccoli, the report said. Sulforaphane is understood to strengthen the immune system.

Since 2011, the company has sold a series of vegetable varieties enriched with greater quantities of vitamins and minerals than their conventional counterparts, according to the report.

Japanese government statistics show that per capita vegetable consumption has fallen from 102kg in 2001 to 91kg in 2011, the paper said.