Nepal is becoming increasingly reliant on imported vegetables from India, Australia and Canada 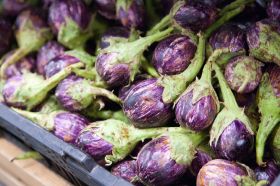 According to the Nepalese news site, Nepal’s government has announced agricultural programs to support the local industry, to start in the new fiscal year. “We are preparing to launch different programs to encourage commercial farming," Jay Mukund Khanal, secretary of Nepal’s ministry of agricultural development, told Republica. "Among others, we will expand irrigation and ensure timely availability of chemical fertilizers and other inputs to improve agriculture production.”