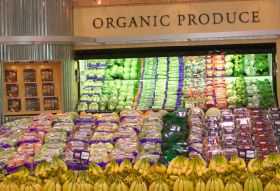 Since the Korea-US Equivalency Agreement was signed in July 2014, prospects for bilateral organic trade between the two nations have brightened.

Korea’s total market for organic food reached US$78.6m in 2013, an increase of 14 per cent compared to the previous year, according to a report released by the USDA Foreign Agricultural Service mid-April.

The USDA has cited an increase in health consciousness and a greater disposable income among Korean consumers for the boost in demand for organic fresh and process goods, with 60 per cent of consumers purchasing organic food for its health and food safety reputation, driven largely by 30-40 year olds. An ageing population prioritising healthy eating has also been highlighted as a target market, with home shopping channels and internet sales of organic food seeing rapid growth.

The report also found an increasing number of retailers across Korea sell organic and healthy packaged food, though leading retailers and hypermarkets have been hesitant to set aside space for ‘organic’ packaged areas for consumers, and are instead dominated by ordinary packaged food.

In order to boost shipments of organic US produce to Korea, the USDA has highlighted trade shows including the Food & Hotel Korea 2015 to build trade relations, as well as attract importers and retailers to the vareity of organic produce from the US.

The Korean Ministry of Agriculture, Food & Rural Affairs has also announced a target of US$1bn in sales of organic food, with 2 per cent of  teh country's processed organic foods to be exported by 2020.