Irradiated lychees cleared for importation, with Australian industry hopeful it will help grow the category 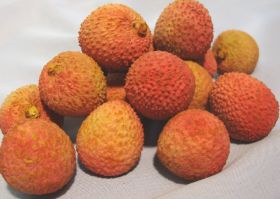 Australia’s lychee industry is seemingly unconcerned about loosing ground in its domestic market following a landmark decision to open access to Vietnamese imports.

Australia’s Department of Agriculture has approved the importation of irradiation treated lychees from the South East nation, according to ABC Rural. The move comes 12 years after the Vietnamese industry first applied for market access.

Derek Foley, president of the Australian Lychee Growers Association, said Vietnamese imports would not be in direct competition with local production and would actually help to grow the category in Australia, providing the quality was right.

We're not against the import of lychees, it won't clash with our season, which is Christmas (time)," Foley told the ABC. "Australian lychee growers would like to see good quality lychees coming into Australia."

A bilateral deal allowing Australian exporters to ship lychees to Vietnam is unlikely to be reached in the near future, with the Vietnamese Government given no indication when it will lift a blanket ban on Australian horticultural imports.

The Australian industry is targeting new export opportunities, particularly within Asia, which Foley said could fuel a significant rise in production volumes. “At the moment, Beijing could eat our Australian lychee crop for smoko on Monday morning,” he explained.