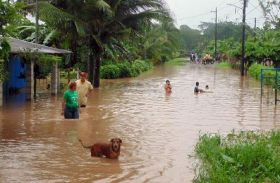 Costa Rica’s president has declared a state of emergency after weeks of heavy rainfall caused extensive flooding to communities in Caribbean coastal areas.

In the past week alone, the province of Limón has experienced around 75 per cent of the rainfall it would normally expect in one month. The government said 1,585 households were affected and around 650 people had been forced to move to temporary accommodation.

Preliminary estimates put the losses to the region’s pineapple production at 20m cartons, while local papaya squash production has also been severely affected.

“Banana production is already down by 23 per cent this year and could fall further due to the effects of the floods,” government minister Sergio Alfaro said in a press conference.

Exporters who have managed to get their products to the port of Moin have had to pay around US$400 extra per container as cargos have had to be rerouted in order to avoid flooded areas. As a result, the Chamber of Exporters estimates that the sector has incurred losses of around US$900,000 so far.

As well as asking the legislative assembly to authorise the release of special funds, the government will use a US$20m loan from the World Bank to cover the cost of the emergency.

National banana corporation Corbana has issued advice to help banana growers manage production in the affected areas and minimise the impact of the floods.

As a first step, producers must perform a clean-up of the stems and clear away stagnant water, depending on the severity of the flooding they have suffered, Corbana said in a press release, adding that growers should also focus on plant nutrition by provides sources of nitrogen, calcium and magnesium to the soil to enable the root system to recover.

“Heavy flooding leads to plants losing their ability to absorb nutrients which makes them more susceptible to fungi and bacteria,” general manager Jorge Sauma explained. “Also, the stress caused by a lack of oxygen can caused leaves to wilt and even result in the death of the plant.”

Corbana said a plantation in a state of mild flooding refers to it having been under water for 12 hours or less, moderate flooding was a period of 12-24 hours and severe flooding indicates a period of more than 24 hours. In the case of a severe flood the removal of the affected plant is recommended.