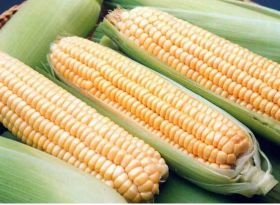 A two-week trial programme has highlighted the potential of the Malaysian market to Western Australian-based Trandos Farms, according to the Wanneroo Times.

The grower-packer-marketer’s sweet corn offering featured in the Australian Food Fair promotion run by Tesco Malaysia in October. The in-store campaign showcased a variety of fresh Australian vegetables, fruits, meats and seafood across the Asian nation.

Trandos Farms managing director Jim Trandos said the programme had been a success, with Malaysian consumers warming to the unique taste profile of Australian-grown sweet corn.

“It was an extremely well- run campaign, including sophisticated point-of-sale stands in the Tesco stores,” Trandos told the Wanneroo Times. “The feedback we have had to date has been positive. WA sweetcorn tastes different to that grown in Malaysia. We use different varieties and it’s sweeter.”

While it was the first time Trandos Farms exported sweet corn to Malaysia, Jim Trandos said consumers immediately identified with the high quality of the product, marketed under the WA Corn Growers label. “Our packaging has the kangaroo and the sun on it, which is recognisable by customers,” he said.

The promotion was run in conjunction with the West Australian Agriculture and Food Department, Horticulture WA, Ausveg and Austrade.