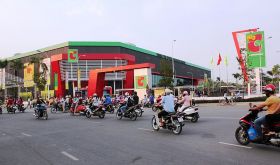 French retail operator Casino Group has confirmed it has received expressions of interest for its publicly listed subsidiary Big C in Thailand.

According to a statement on the company’s website, the interest has been generated during the ongoing process for the sale of its operations in Vietnam.

“The group is taking steps towards the sale of this asset (Thailand), which will be implemented in the best interest of the company and its shareholders,” the statement read.

Big C has a market value of US$4.49bn in Thailand, according to Inside Retail Asia. It is believed that potential buyers are trying to strike a deal that would see them acquire both the Vietnamese and Thai operations.

A Vietnamese representative from Thai retail giant  Central Group told Inside Retail Asia that the company had not directly approached Casino about a possible takeover, despite rumours suggesting they were a potential suitor.

“They (Big C) are approaching retailers in the market to make the selling offer. That is a normal process,” the representative said.