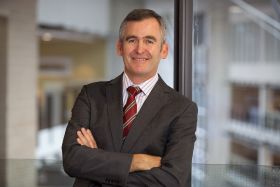 Banducci was appointed managing director of Woolworths Food Group in February 2015 and will continue in the role until a new appointment has been made.

“Brad has had 25 years in retail, including 15 years consulting to some of the world’s leading retailers, as well as private equity experience in retail.  He has had five years with Woolworths, including his role in leading the growth of Woolworths Liquor Group. During this time he was instrumental in the development of Dan Murphy’s, one of Australia’s great retailers,” chairman Gordon Cairns said in a company statement.

“This makes him uniquely positioned for this role. He clearly understands the Australian market, has a total commitment to our customers, and a great track record of growing valuable businesses and developing his people.”

Banducci, who joined Woolworths in 2011, said it was an honour to be appointed to the role.

“I am an entrepreneur at heart, and a retailer by discipline, and I want us to take our company back to its best levels of performance,” Banducci said. “My goal as CEO will be to recapture the spirit of innovation and customer focus right across the business, and to grow a culture where our people once again feel a strong ownership of the business.”

Banducci succeeds Grant O’Brien, who announced his retirement as Woolworths CEO on 18 June 2015, but stayed on as CEO and MD under a transition agreement.

The appointment comes as Woolworths releases its half-year results, with net profit after tax A$925.8m, down 33.1 per cent compared to the same period in the first half of FY2015.

Cairns said Woolworths would be focusing on its supermarkets business, using its decision to exit Home Improvement to strengthen its core businesses.