Velvetleaf inspections scaled back in NZ 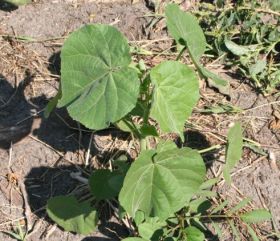 The focus of New Zealand’s velvetleaf response plan has shifted from elimination to management, as property searches across the country draw to a close.

Search and destroy activities have been conducted on more than 600 properties since March this year when the pest plant was discovered in several regions.

Velvetleaf has been found on 215 properties across 11 New Zealand regions, including 20 Waikato farms with maize crops.

“MPI remains fully engaged in this process and we’ll be spearheading a nationally coordinated approach with the objective of containing and potentially reducing geographical spread over time,” Herrera explained.

“This may include local elimination in some regions. We are now developing a transition plan, in consultation and collaboration with key stakeholders, until a long-term management plan is in place.”

Workshops will be held over the coming weeks to develop interim measures.