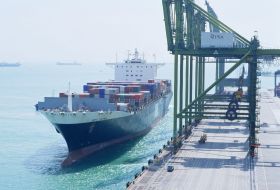 "Compared to transshipment options, the NZ2 service provides our customers with dedicated and faster connectivity between the North Asia and Oceania markets. The direct service will enable businesses to accelerate their products’ speed and access to these markets, as they seize new growth opportunities in the region,” he added.

With the launch of the NZ2 service, APL will offer a comprehensive network of six Oceania services that connect Asia with Australia and New Zealand seamlessly.