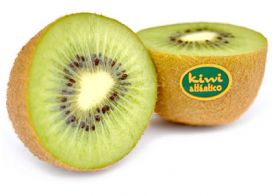 Kiwi Atlántico is expanding its product range with the introduction of yellow and red kiwifruit. The Ribadumia, Galicia-based company announced a €1.4m investment programme to increase its packhouse capacity and expand its planted area.

Kiwi Atlántico is made up of around 70 producers in northern Spain and Portugal with partners in Italy, Greece and Chile. Its output has risen sharply over the past two years and it expects to see volume growth of 10-20 per cent in 2017.

While green kiwifruit accounts for the bulk of its output, in recent years it has been planting yellow varieties: it currently has 12ha under production and this is projected to rise to more than 20ha in the next 4-5 years.

Managing director Carlos Vila said the company was now planning to introduce red-fleshed varieties in order to “continue to be a pioneer in kiwifruit production in Spain”.

The company supplies the domestic market year-round, but has increasingly turned it focus to exports as its volume has grown.

Last year the company exhibited at Asia Fruit Logistica for the first time. “We went to China because the European market is already so well supplied,” said Jose Piñero. “As there is no protocol in place we can’t yet supply China directly, but we can send fruit via our Greek partners.”

The group shares a sales office in Shanghai with two other food firms and is looking to expand in Hong Kong, Singapore and Malaysia as well as into mainland China.