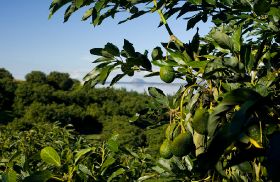 After four years of developments, the New Zealand avocado industry will finally benefit from market access to China.

Just this week, a successful technical audit of the regulatory system for exporting has meant that avocados will be approved for export in the 2018/19 season. This follows a protocol agreement signed between The Ministry for Primary Industries and China’s General Administration of Quality Supervision, Inspection and Quarantine (AQSIQ) in November last year.

A trial airfreighted shipment to Shanghai will take place during the current 2017/18 season, to be showcased at a New Zealand trade event at NZ Central, Shanghai.

New Zealand Avocado has worked hard to foster relationships and ratify this agreement for the avocado industry.

“We are thrilled to be able to offer avocados from New Zealand to consumers, who are keen to add avocados to their daily diet,” said Jen Scoular, CEO of NZ Avocado.

“Recent research … shows that avocados grown in New Zealand have 20 percent more folate and twice as much vitamin B6 than avocados grown elsewhere, and we will be exploring our messaging in China in regard to that differentiation,” she said.

The 2018/19 season for NZ avocados begins in August this year, and first official shipments to China are likely to take place in mid to late September.

Scoular told Asiafruit last week that the current season was coming to an end, with 2.2m trays for export, down from 4.7m in 2016/17.

“Australia remained our largest market but we saw increased volumes into South Korea and India this year. Our digital programmes are working well for us in all our markets, with local language websites and social media across most.”