Announcement comes weeks after Greenyard pulled out of a US$2.5bn deal to purchase the US giant 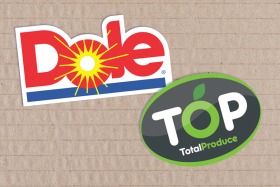 Total Produce is to buy a 45 per cent stake in rival fresh produce company Dole for US$300m as part of its ongoing expansion strategy.

The Dublin-based company’s chairman Carl McCann hailed it as “the single most positive step in our company’s history”.

“It places Total Produce at the forefront of our industry, and we anticipate it will create significant additional value for shareholders in the years ahead,” McCann said.

Total Produce will raise US$150m towards the cost of the deal through a placing of shares with existing and new investors.

Under the agreement, 94-year-old David Murdock will continue to be chairman of Dole and McCann will act as vice chairman.

“Both Dole and Total Produce have a standard of perfection that leads the industry in innovation, together we will further our joint mission of providing the highest quality produce to the world,” Murdock said.

Total Produce has ramped up its presence in the North American market, most recently by acquiring a 50 per cent stake in California’s The Fresh Connection last November.

In 2017 the company also increased its stake in Canada’s Grandview Ventures to 65 per cent and acquired a 65 per cent stake in Los Angeles-based Progressive Produce.

Dole is the biggest banana supplier in North America and the third biggest in Europe, as well as being a leading supplier of fresh-cut salads and pineapples. In the year to October the company’s sales totalled US$4.455bn.