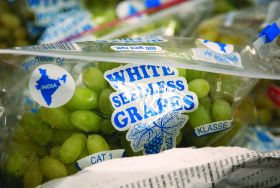 The portals were developed by the Export Inspection Council, in line with the Digital India initiative – a campaign launched by the government aimed at making government services available to citizens.

The Export Inspection Council is the official government certifier for exports. It said in a statement that it developed the portals for “credible inspection and certification and to strengthen the confidence on Indian produce,” in an official release.

For example, The Export Alert Monitoring portal informs stakeholders on the movement in importing countries. It includes alerts for biosecurity, information on certification, and trend analysis.

The One Lab One portal provides a common platform for accreditation bodies, regulators and laboratories, and the third which hasn’t been named in the official release, focuses on an end to end of the export food chain linking primary production, aquaculture, dairy, and apiaries. This provides complete traceability.

The Export Inspection Council has also worked toward solidifying the country’s analytical capabilities by increasing Proficiency Testing providers in Mumbai, Kolkata, and Chennai, to reduce dependency on foreign providers.