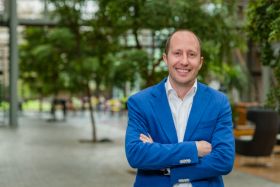 Later this year Bram Koppert will relocate to China as part of his new role with Priva as General Manager Asia.

The climate control technology company is hoping to take their presence in China and Asia further with the new appointment.

“It’s been about 25 years since Priva first set foot in the Chinese market and just over 10 years since we opened our first office in Beijing,” said Priva’s CEO, Meiny Prins.

“By now, we have reached a level in the professionalisation in our sales and services offerings in the Asian market that requires taking a next step.”

Koppert’s background as manager Asia Pacific at Koppert Biological Systems has primed him well for the new role. He will commence his position in De Lier, in the Netherlands, and relocate to China to begin in September.

“Working for Priva enables me to contribute to the sustainable growth of horticulture, that is exciting, and an honour to me,” said Koppert.

Priva are aiming to further solidify their position in the wider Asian market.