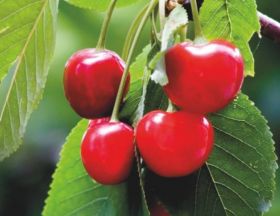 The volume of airflown Turkish cherries to China is set to grow significantly in 2018 thanks to improved airfreight services between the two countries.

Riza Seyyar of the Aegean Fresh Fruit and Vegetable Exporters’ Association said that exports to China are set to top 10,000 tonnes this season, compared with 6,200 tonnes in 2017 and 3,500 tonnes in 2016.

The season is due to get underway in early May and will last through to mid-July.

“We sat down with Turkish Airlines to start exporting these products to the Far East and South East Asian markets via air cargo faster and at a lower cost. After signing an agreement in 2017, we created very cost-effective tracks for some of our destinations,” Seyyar told Turkey’s Anadolu news agency.

The association also announced the launch of a production and development project to boost Turkey’s competitive position for cherries and grapes in Asian markets such as Malaysia and Vietnam.

Turkey’s cherry industry was hit hard by the Russian veto and since then it has worked hard to diversify its export markets, exploring new opportunities in a number of Asian countries including Japan, Malaysia, China and South Korea.

A total of nine producers and six packing plants were registered to export cherries to China last year.

Turkey is the world’s biggest cherry producer, with an annual output of around 400,000 tonnes.