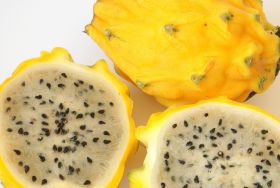 Ecuadorean exotic fruits are gaining ground in new markets in Europe and North America. According to ProEcuador, exports of pitahaya, passion fruit, avocado, sweet cucumber and physalis grew 62.3 per cent in 2017 to US$14.5m compared with US$8.9m in 2016.

Sales this year have already reached US$14.3m and will end the year significantly up on 2017, ProEcuador said.

However, the road to exporting has not been an easy one. Speaking to El Universo, Dennis Brito, manager of exporter Tankay Social Company, said the company had to overcome a series of challenges from obtaining the seeds to working with the technology that customers demand.

Brito said demand had picked up in recent months because Colombia’s decision to send more fruit to the US has created a gap in the European market.

With Ecuadorean physalis also on the verge of gaining access to the US market, the outlook for exporters is promising. Negotiations are also advancing with the Chinese authorities to open up that market for fruits including pitahaya, avocado and pineapple.

Pitahaya was Ecuador’s main exotic fruit export in 2017, accounting for 82.3 per cent of total shipments, a rise on 71.3 per cent on the previous year.