New agreement will increase trade for Kenya whose key items are fruit, vegetables and flowers 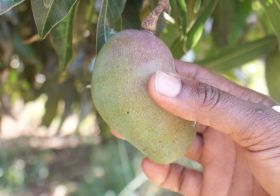