The country could become a major player but lack of investment is stalling growth, says Adolfo Storni 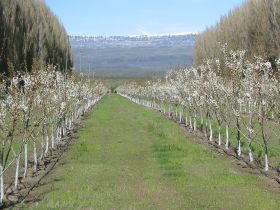 The 2018/19 cherry campaign in Argentina’s Neuquén and Río Negro has been one of strong contrasts up to now according to Adolfo Storni of Extraberries and Cerezas Argentinas.

Speaking to Chacra TV, he explained that the positive effect of strong international demand and high prices was offset by a rise in domestic taxes which proved challenging for producers.

Storni added that the industry had also been affected by climate change, which has led to higher levels of rainfall in recent years, and this season resulted in an estimated 20 per cent fall in exports.

On the plus side, Storni noted that market conditions had been favourable with good prices.

“Like every year, Chile’s main focus is on China, which gives us more space in markets like the US, Canada and Europe,” he explained.

Welcoming the opening of the Chinese market as a positive development, Storni nevertheless acknowledged that Argentina still has a lot of work to do to develop the market.

“The future is promising, provided we continue to make improvements in quality and packaging processes,” he said.

“As producers we know what the market demands. Unfortunately, the domestic situation does not help and the conditions to investment are not ideal.”

Storni believes there is the potential to plant thousands more hectares with cherries in Argentina, with many areas of Patagonia ideal for their cultivation.

The biggest barrier to the industry’s development is the lack of financing to level farms, buy trees and invest in adequate anti-frost and hail systems, he explained.