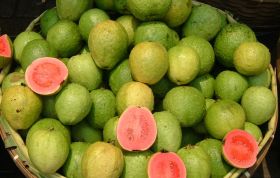 Promotional activities between the Council of Agriculture (COA) and the Taiwan External Trade Development Council have taken place for the first time to endorse and sell fresh seasonal fruit to China’s special administrative region of Hong Kong.

Winter harvest fruits such as jujube, guava, wax apples, oranges, pineapples, papaya, grapes, atemoya, and honey apples were on show at a promotional campaign on 11 January in Hong Kong.

“We would like to share the sweet taste from Taiwan with the people of Hong Kong as the Spring Festival approaches,” said COA divisional chief Tang Shu-hua at a promotional event that day.

Focus Taiwan reported that meetings between Hong Kong sellers and representatives of farmers’ associations and cooperatives in Taiwan have also been arranged to encourage business contacts and networking.

Fruit was promoted strategically ahead of the Chinese Lunar New Year, which falls on 5 February.

Between Taiwan and Hong Kong, exchanges are increasing according to TAITRA Secretary-General Walter Yeh, who said data that shows the number of visits to Hong Kong by Taiwanese travellers has reached 2m annually, while travel to Taiwan made by Hong Kong residents is 1.6m.