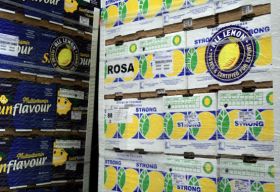 A sanitary protocol has been signed allowing the export of Argentine lemons to India.

"The negotiation of the protocol for the entry of lemons was a very extensive process that culminated today in a successful manner; It is part of the ongoing effort to open up new opportunities for Argentine products,” said Horacio Reyser, secretary of international economic relations of the Argentine Ministry of Foreign Affairs.

“In the last three years we have opened more than 170 markets in more than 50 countries,” he noted.

Infobae reported that in exchange, India will be able to export guar and millet seed to Argentina. According to Citizen Association of Northwest Argentina (ACNOA) the agreement is of strategic importance as India has reportedly agreed to work with Argentina to achieve rapid access for other products like orange, grapefruit and tangerine.

LV7 reported the deal was good news for regional economies in Argentina’s Tucuman province as the main producer of citrus in the country.