Latest forecast shows that industry recovery is "not there yet" 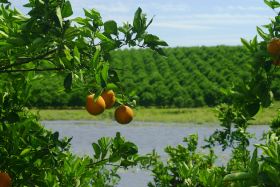 Florida Orange and Grapefruit production both decreased by 500,000 boxes in the April US Department of Agriculture (USDA) crop forecast.

Released Tuesday (9 April), the report projects Florida Orange production for the 2018/19 season at 76.5m boxes after a slight decline in non-Valencia orange production.

“We’re an industry catching glimpses of recovery, but this estimate certainly points out that we are not there yet,” said Shannon Shepp, executive director of the Florida Department of Citrus. “It’s still a great year, but we are anxious for better.”