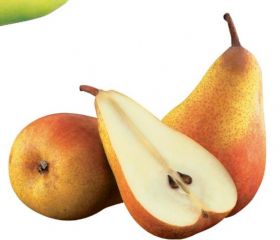 China’s decision to approve imports of Chilean pears is expected to lead to an increase in production in the Andean nation according to its Agriculture Minister Antonio Walker.

“Each new species that enters China leads to rise in the hectares planted and more employment,” the minister announced following the signing the protocol last week during President Sebastián Piñera's tour of China and South Korea.

“We want to replicate in pears what we have achieved with cherries in the Chinese market.”

This latest agreement sets a precedent in relations between China and Chile, as the Chinese authorities signed the protocol before making their last inspection visit prior to the initiation of exports of Chilean pears.

The deal permits entry of eight varieties of pears including Abate Fetel, Packham, Forelle, and Bosc.

Chile has almost 8,800ha of pear production and in 2018 exports totalled US$128.5m. The main markets are Colombia and Russia who received US$19m and US$16.7m respectively last year.

“This is a very important product for our country since it generates a lot of  employment, mainly in the Metropolitan, O'Higgins, and Maule regions,” Walker said, adding that China would also be a valuable alternative to the European market, the main destination for Chilean pears.

The minister said that finalising this agreement would also speed up the process of opening the Chinese market for Chilean citrus.

“Now that the pear issue is finished, we can start the negotiations on oranges, clementines, and lemons, which will positively impact the producers of the Metropolitan, Valparaiso, Coquimbo, and Atacama regions,” he said.

In China, per capita consumption of pears stands at around 12.4kg, a figure that is increasing year by year, and that is much higher than consumption in developed countries.