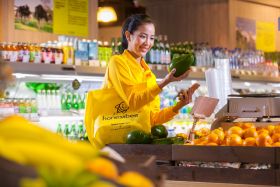 Operations of Singapore start-up retailer, Honestbee, have been frozen in Hong Kong and Thailand to avoid financial collapse.

TechCrunch reported the retailer has been laying off employees, is in debt to suppliers, and isn’t going to make payroll in some of its markets. A range of executives have already quit the firm and R&D centres in Vietnam and India have been closed.

After only four years in business, and a newly-opened concept store which has been met with global acclaim, the businesses is rumoured to still have high potential for sale or rescue.

Insider Retail reported Honestbee’s Habitat concept store was listed among the top 16 stores to visit in the world by retail analyst, IGD, and Google had reported it among the top ten trending searches in Singapore in 2018.

The reason for Honestbee’s collapse is pinned on high marketing costs associated with start-ups across Asia, as hefty investment is needed to build a critical mass audience.

Honestbee issued a statement saying the decision to suspend business in Hong Kong and Thailand followed a strategic review, and that business in other regions will remain unchanged. Six per cent of the company’s global staff will be laid off.