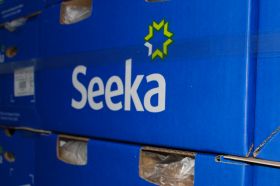 Lower than expected kiwifruit crop volumes across Australia and New Zealand have prompted grower-packer Seeka to update its performance guidance for 2019.

“The effect is industry wide, and reflects unseasonably hot and dry growing conditions which have led to a smaller size profile and total crop volume in both Australia and New Zealand,” according to a release issued by Seeka via the NZX.

Based on the volumes to date, Seeka advised shareholders it now expects to pack 33.5m class 1 trays from New Zealand this season, down on its earlier expectation of 36.3m. The performance would still mark an improvement on the 30.2m class 1 trays packed in 2018.

As a result, Seeka now expects its 2019 group EBITDA (earnings before interest, tax, depreciation and amortisation) to be in the range of NZ$32.5m-NZ$33.5m, compared to its previous guidance of NZ$36.5m-NZ$37.5m issued on 12 April.

Seeka is anticipating a break-even position in Australia at EBITDA in the current financial year, as it continues to build its orchard investment to full production.