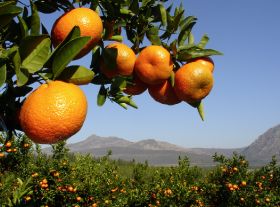 South African exporters will approach the Bangladesh market with extreme caution this year following the citrus debacle at the end of 2018 where there were issues with oversupply.

Exporters expect the market to return to normal once the Valencia season gets underway, but they agree they cannot do without supplying Bangladesh because of the overall position it plays in the chess board of marketing in the East.

“Bangladesh prefers smaller sizes of fruit and that is why it is so important for South African exporters in the region,” one exporter told Fruitnet.

Towards the end of last year, it was reported that an influx of South African citrus into Bangladesh put a stop to all fruit imports for three months. South African citrus sources had been reluctant to discuss the matter but stated importers failed to pick up the fruit they had ordered.

Reports stated an unprecedented volume of South African citrus in October blocked Chittagong port and crashed the import market. According to three leading importers, this forced traders to halt all fruit orders from November to January. They described Bangladesh’s import market situation as a “disaster”, with importers and exporters alike suffering “huge losses”.

Now it is a new season, the situation seems to have returned to normal and lessons appear to have been learned.

South African exporters have always been at pains to show that they are responsible exporters and they are now eager to make sure the new season runs without incident.

Justin Chadwick, chief executive of the Citrus Growers Association, said while there is a lot of hype about the record volume of citrus exported from southern Africa in 2018, many growers have cautioned that returns were not as exciting.

“Although a record in total export earnings was achieved, the returns per tonne were said to be lower than the previous few years,” Chadwick said.

The average price achieved from all four citrus sectors was lower than in 2017, appreciably so for lemons and soft citrus. “On average lemon returns are 50 per cent of the levels achieved in 2016,” Chadwick added.

This will at the forefront of exporters’ minds when they plan and execute their 2019 campaign.