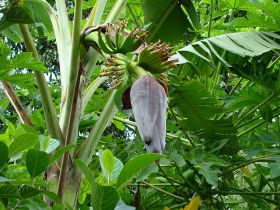 The Bangladesh government introduced the export ban of fresh produce to Europe over two years ago in response to EU regulators detecting pests in consignments sent from the South Asian country.

By taking the initiative, the goverment were able to avoid any potential import bans that EU regulators might enact. It's a move that appears to have been succesful.

In the two years that Bangladesh was not exporting to Europe, the industry worked hard to modernise it's operations to meet international standards, including developing a central packing house.

The ban was removed eight months ago and exports to Europe have experienced strong growth.

“Bangladesh is now shipping fresh produce by packaging them at a central packing house following the guidelines for exports to the EU destinations,” he said.

Fresh fruit and vegetable export earnings increased in the 2018/19 fiscal year according to a report published in The Daily Star. It's welcome news given the previous four years have been characterised by export stagnation and a loss in profitability.

Potato exports increased 31 per cent year on year to US$105.39m according the Export Promotion Bureau (EPB).

Exporters shipped 17,487 tonnes of domestically grown vegetables, an increase of 18 per cent year-on-year.

According to The Daily Star, markets in the UK, Italy, Germany and France are the largest due to the number of Bangladeshi migrants living there.

Monsur believes the decision to impose the bans has proved successful.

“It has paid off. We all have become more aware about quality standards and requirements for exporting.”

Every consignment is now packed at the central packing house after a quality check has been conducted. From there, the consignment is sealed before directly going to the port for shipment.

“Overall, cultivation of exportable produce has expanded because of our extensive work and the training (we have) provided to farmers (to improve their) farming practices to produce safe food,” he said.

The next step toward growing exports is to secure cargo space on international flights operated by Biman Bangladesh Airlines.

BFVAPEA president, SM Jahangir Hossain, said Bangladesh would be able to reach its export targets if that could be achieved.