Barsi takes over from Bill Moncovich, who stays on as CEO of the soft fruit company 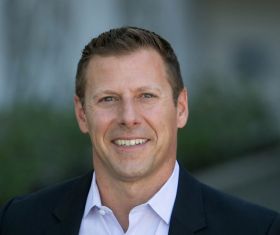 Watsonville-based soft fruit grower-marketer California Giant has appointed Joe Barsi as its new president. He replaces Bill Moncovich, who stays on at CEO.

Barsi previously served as the company’s COO for almost two years. During that time he worked closely with their board and the senior leadership team on their strategic planning and succession planning process and on the foreign expansion of the company’s berry business.

He also helped to position California Giant as a leader in sustainability efforts in its growing and cooling operations, as well embarking on a process towards Zero Waste certification for the company’s corporate offices, which is due to be completed in 2020.

“I am humbled and honoured to be chosen by the owners to lead California Giant Berry Farms into the future. It is a company with a strong culture of quality, philanthropy and fairness in all we do. I will make it a priority that we maintain our company culture as we continue our growth in the berry industry.” Barsi said.

Moncovich added: “We are excited to work with Joe in this new leadership role. He has helped take our company to the next level over the past two years and we look forward to him lead as president as we enter a new decade here at California Giant.”