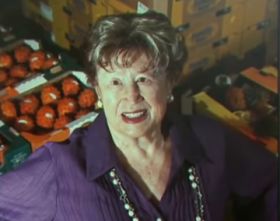 In 1990 she was listed by The Times as one of a dozen Californians – including Steve Jobs and Jane Fonda – who shaped American businesses in the late 1980s.

“She fell and broke her leg in June and had been recuperating at home since then. It was only in the last few weeks that she started declining rapidly.

“She was such a remarkable woman, and was still very mentally sharp until the very end. As you can imagine, she continued to ask us daily ‘what good things happened at Frieda’s today?’ since she couldn’t go to the office any longer.”