Sadness at death of Hardy Sader-Diers

Leading light of the international insurance business passes away in Germany 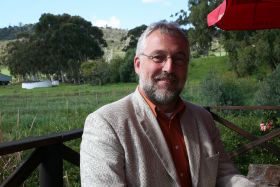 Sader-Diers, and his company, Sader-Diers & Von Etsdorf, based in Hamburg in Germany, was well-known in the fresh produce business, in particularly in serving exporters from South America and South Africa.

He is survived by his wife and two sons.

Sader-Diers has had strong links with South American exporters, both in the fresh produce and processed businesses, for many decades. He also entered the South African business in 2006, after the country's fresh produce industry was deregulated.

He was particularly successful in offering specialist risk cover policies to individual businesses in South Africa who were looking at more focused risk cover solutions that would benefit their business and products.

Since 2006, more than 80 South African exporting companies, many in the leading fruit export categories, moved their business to the company.

“Hardy Sader-Diers believed that in this field you cannot have one cover that suited all scenarios. He impressed us with his professionalism, ethical approach and knowledge of the business. He will be sorely missed,” said one exporter.

By his presence in South Africa and the products he offered, he brought about change to the whole South African marine cargo insurance business, with South African companies having to adapt to stay relevant.

Sader-Diers offered insurance cover under German conditions, while previously South Africans mainly had to deal with rules drafted under Lloyd's Register's Rules and Regulations. He also introduced the concept of including ‘delay before departure’ into his offer which has been extremely important for his South African partners.

He once stated that when he entered the South African marine cargo insurance field he found it to be highly restricted and controlled. He had to set up specific structures to be able to trade in the country, while at the same time also bringing to the party the benefit of European rules.

Zac Baard of Westfalia Fruit, who was one of his first clients in South Africa, said Sader-Diers was recognised for true friendship and loyalty, and always presented products which would benefit the produce they exported. “He was a really nice person and that will be his lasting legacy.”