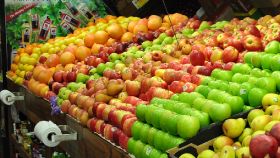 This record total was highlighted as industry body Hort Innovation released data for the entire horticulture sector for FY2018/19.

The value of total horticulture production grew by 8.4 per cent year-on-year to reach the record total.

As for fruit, the value of berries and citrus accounted for nearly one third (32 per cent) of the total value of fruit in FY2018/19.

When it comes to export almonds were the high highest-valued horticulture product overall, achieving a record export value of A$675m (US$451m).

The value of table grapes exported increased by 44.5 per cent annually to reach a record value of A$581m (US$358m), now larger than the value of all citrus combined.