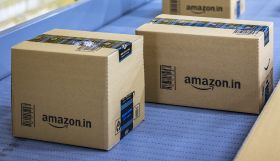 Reliance Retail’s US$3.4bn acquisition of Future Group’s retail operations has been halted by an arbitration court in Singapore following an application from Amazon.

According to a report from Bloomberg, the court delivered an interim order preventing Future Group from going ahead with the sale before the main tribunal hearings start later this year.

Reports suggest this deal may have given Amazon the ability to refuse the sale of Reliance Retail.

“We welcome the award of the Emergency Arbitrator,” Amazon said in a statement to Bloomberg. “We remain committed to an expeditious conclusion of the arbitration process.”

Despite this ruling, Reliance Retail intends to go continue with the acquisition, in a statement it argued the agreement was enforceable under Indian law.

“Reliance Retail is informed of an interim order passed by the emergency arbitrator in the arbitration proceedings invoked by Amazon under a shareholders’ agreement with the promoters of Future Group,” Reliance Retail said.

“Reliance Retail has entered into the transaction for acquisition of assets and business of Future Retail under proper legal advice and the rights and obligations are fully enforceable under Indian law.

“Reliance Retail intends to enforce its rights and complete the transaction in terms of the scheme and agreement with Future group without any delay.”