The coronavirus pandemic has shaken the rankings of the world's most connected cities, placing Chinese cities in the top four 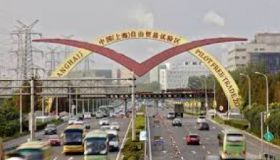 The International Air Transport Association (IATA) has released data revealing that the Covid-19 crisis has had a devastating impact on international connectivity, shaking up the rankings of the world’s most connected cities.

London, the world’s number one most connected city in September 2019, has seen a 67 per cent decline in connectivity. By September 2020, it had fallen to number eight.

Shanghai is now the top ranked city for connectivity with the top four most connected cities all in China—Shanghai, Beijing, Guangzhou and Chengdu.

The study reveals that cities with large numbers of domestic connections now dominate, showing the extent to which international connectivity has been shut down.

“The dramatic shift in the connectivity rankings demonstrates the scale at which the world’s connectivity has been re-ordered over the last months," said Sebastian Mikosz, IATA’s senior vice president for member external relations.

"But the important point is that rankings did not shift because of any improvement in connectivity. That declined overall in all markets. The rankings shifted because the scale of the decline was greater for some cities than others. There are no winners, just some players that suffered fewer injuries. In a short period of time we have undone a century of progress in bringing people together and connecting markets. The message we must take from this study is the urgent need to re-build the global air transport network.”

IATA’s 76th Annual General Meeting called on governments to safely re-open borders using testing. “The systematic testing of travelers is the immediate solution to rebuilding the connectivity that we have lost. The technology exists. The guidelines for implementation have been developed. Now we need to implement, before the damage to the global air transport network becomes irreparable,” said Mikosz.

"Air transport is a major engine of the global economy. In normal times some 88 million jobs and US$3.5 trillion in GDP is supported by aviation. More than half of this employment and economic value is at risk from the collapse in global air travel demand," said Mikosz.

“Governments must realise that there are major consequences for peoples’ lives and livelihoods. At least 46 million jobs supported by air transport are in peril. And the strength of the economic recovery from COVID-19 will be severely compromised without the support of a functioning air transport network.”