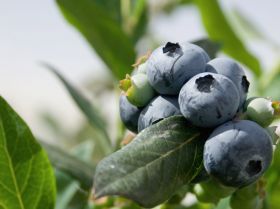 Hortgro, the national umbrella body for the South African topfruit and stonefruit industries, has admitted that concerns remain over the protection of Intellectual Property (IP) rights when it comes to breeding new horticultural varieties, in the wake of the the current dispute involving the country's blueberry business.

The organisation explained the recent back-and-forth relating to IP and Plant Breeders’ Rights (PBR) had been "noted with concern".

“This is a private commercial matter and should be handled as such,” Hortgro stated.

“Given the potential negative impact on other industries with regard to continued access to the latest global genetics and plant material by the South African fruit industries, Hortgro was requested to express its principled stance on IP and related PBR as such material forms the backbone of our continued relevant and internationally competitive industry.

“Therefore, the negative impact such public disputes could have on the broader standing of South Africa as a respected and trustworthy global partner is being regretted," the body added.

Hortgro reconfirmed its principled support and recognition of international conventions and legislation which guides all matters relating to the protection of IP and PBR.

It also moved to assure international breeders, owners and license holders that the South African topfruit and stonefruit industries fully subscribed to and respected IP and related PBR, aligned with conventions and legislation.

Furthermore, Hortgro stated that it respected the right to control and regulate the marketing and trading conditions of produce, including the charging of royalties, on condition that such arrangements are "fair, clear and formally agreed to prior to the planting of related plant material".

The group encouraged South African producers and other industry stakeholders to continue to respect and comply with legal agreements and international conventions governing IP and related issues, while also asking global IP and PBR owners to continue to trust the South African industry that it would respect their rights and welcome the continued access to the latest technology, genetics, innovation and plant material available from global sources.

Soyuth African berry association, Berries SA, also recently expressed concern that the dispute may cause harm to the future of the young but fast growing berry industry in the country.