As part of a plan to diversify fresh produce exports, Myanmar is sending its first shipments of melons to the Middle East 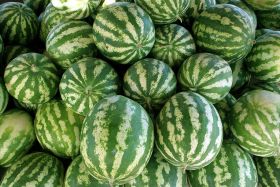 Myanmar has exported watermelons to the UAE for the first time and mangoes and pineapples may follow as the country looks to diversify its fruit exports.

According to a report from the Myanmar Times, the first shipment of 25 tonnes of seedless watermelons departed on 13 December, and the UAE has expressed interest in other fruits.

U Naing Win, chair of the Myanmar Melon Producers and Exporters Association said the UAE was just the first target for the industry.

“We have been exporting watermelons for the past 30 years and this is the first time we are engaging with the UAE. We will also be exporting to Qatar as well as Singapore,” U Naing Win said.

Although these new markets hold plenty of opportunities, the role the can play in reducing the country’s dependence on China for fresh fruit exports is just as important explained U Naing Win.

“In the past we had to rely on the China market alone, making prices volatile as they were dependent on demand from one buyer,” said U Naing Win.

“If we are able to export regularly to Dubai, Qatar and Singapore, we won’t face such problems. The price will be more stable as these countries make orders by the container whereas watermelons are delivered to China on trucks which are subject to customs check and driver availability.”