South Africa looks to the east

While traditional markets remain important, the eyes of the South African fruit export industry are focusing on the east 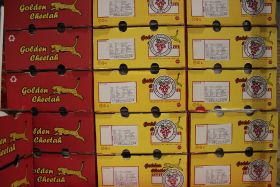 For some years now it has been the objective of South Africa’s fresh produce industry to gain a greater foothold in the markets of the east.

This has been demonstrated emphatically by the country's table grape and apple and pear industries deciding to launch promotional campaigns in China this year.

Table grapes will kick off next month with pilot promotions in some wholesale markets and retailers, while the apple sector is now putting its final plans together to launch its own marketing activities.

It is just a matter of time – or how long it takes for South African pears to get access to China, before the product category joins the fray.

Behind them are a whole host of industry sectors waiting in the queue to get into Japan, including the avocado business.

Avocado growers have said that increased access in the east would dramatically stimulate production in the industry, which would in turn result in further jobs being created.

Hortgro spokesperson Jacques du Preez explained that South Africa was competing in a market where New Zealand has made great progress by positioning themselves as a supplier of premium apples, including trademarked varieties such as Envy and Rockit.

Du Preez noted that South Africa was the process of introducing a range of high-end varieties which would suit the Chinese palette.

“In the past we exported mostly Fuji varieties to China, but we now have those varieties that are sweeter and less tart and which will better fit the Chinese consumer preferences," he confirmed.

Meanwhile, South Africa’s table grape industry organisation SATI said it would bring some South African sunshine to a few major cities in China during March and April, through one of the country’s top export products.

South Africa is known for its clear skies, almost endless sunshine and abundance of wildlife, and increasing numbers of Chinese tourists are travelling to the country each year to experience what the country offers.

With Covid still disrupting normal travel, South Africa’s table grape growers are bringing a bit of this sunshine and animal joy to those who will be purchasing its table grapes this year during its groundbreaking first pilot promotions in China.

Colourful cartons with sprinting Cheetahs, the fastest animal in Africa, and Zebra, with their black and white stripes, grazing peacefully alongside antelope, links South Africa’s wildlife and table grapes together for the first time.

“It reflects our confidence in this market for our grapes and also signals our determination to diversify our sales outside our traditional markets,” outlined SATI’s Clayton Swart.

Du Preez said that Hortgro Pome would be extending its development campaigns in the UK and Germany to the East where all its focus would be on China.

“We aim to increase consumption of South African apples by positioning our country as the preferred supplier of high quality, great tasting apples and pears which are produced ethically and sustainably," he added.