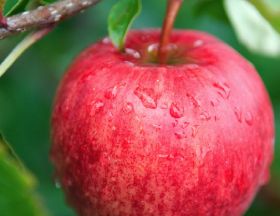 Southern Hemisphere apple production is expected to increase by 6 per cent to 5.09m tonnes in 2021 compared to last year according to the latest estimate released by the World Apple and Pear Association (WAPA).

Australia, Brazil, and South Africa are set to see respective increases of 23 per cent, 20 per cent and 6 per cent in apple production, while the New Zealand crop is expected to contract by 5 per cent and production in Argentina and Chile is forecast to remain unchanged.

Gala remains the main variety, accounting for 39 per cent of total production, followed by Fuji (14 per cent) and Red Delicious (13 per cent).

Export figures are estimated to remain stable overall at 1.692m tonnes with Chile anticipating little change at 650,773 tonnes; South Africa set for a 4 per cent increase to 476,000 tonnes and New Zealand exports set to contact by 7 per cent to 372,000 tonnes.

Pear output is on course to be 2 per cent up on the average for 2018-2020. The increase in South Africa, Australia, and Argentina of 3 per cent, 2 per cent, and 1 per cent respectively are expected to compensate for the 3 per cent and the 10 per cent decrease in Chile and New Zealand.

As in previous years, Packham’s Triumph and Williams BC/Bartlett are the major varieties, making up 36 per cent and 28 per cent of the total volume respectively.