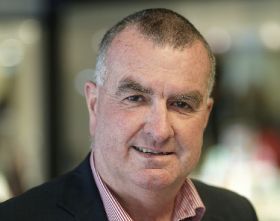 Alan Pollard will step down as chief executive of New Zealand Apples and Pears (NZAPI) later this year.

Pollard has been in his role with the peak industry body for over nine years.

NZAPI chairman, Richard Punter, thanked Pollard for his contribution to the industry.

“As NZAPI defines what business as usual might look like post-Covid, Alan feels that this is the right time for a new leader to bring their own skills, experience and style to the organisation,” Punter said. “We are deeply appreciative of the contribution that Alan has made to the successful growth of the industry and the grower organisation.”

Pollard said he was immensely proud of the work the NZAPI team has done to support the industry, especially over the past 15 months.

“NZAPI is acknowledged as a high-performing and influential industry organisation, and I have enjoyed every bit of what has been (collectively) achieved,” said Pollard.

“During a transition period I will be ensuring a smooth handover to my successor as well as continuing to progress some key projects, including pursuing an agreement with government regarding the bringing in and repatriation of RSE workers. Beyond that, I look forward to identifying and pursuing my next opportunity.”