Chilean group says certification is beginning of its sustainability journey 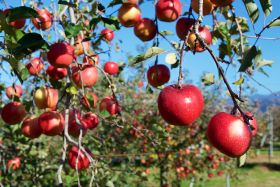 In Chile, Copefrut has announced that it has obtained carbon neutral certification, part of its 'commitment to the future of the industry and the planet'.

The company decided to measure the carbon footprint of its organic apple production chain, allowing them to evaluate the CO2 emissions from the delivery of the fruit to the US and Europe during a twelve-month period.

The full charging of more than 175m cell phones, the daily use of almost 300 vehicles per year or the annual energy use of 160 homes, is the equivalent of the 1,378 metric tonnes of CO2 that was recorded during apple transportation.

These initiatives are part of a comprehensive sustainability strategy that the company has been developing for some time, which also includes energy efficiency actions, water conservation and the creation of the Recyclable Materials Index.

“We have been leaders in modernising the work style to be in line with the commitment to agriculture, communities and the environment," said Felipe Casanova, commercial manager of Copefrut. "Now we want to rely on our sustainability work as a key value of our company, obtaining this and other essential certifications, that boost the sector and help to create a positive beyond the business.

“The certification for the measurement and compensation of emissions is just the beginning of a path that the company has decided to take with its original cooperative spirit and in its role as leader in the field," he continued. "We have our sights set on the future of the agribusiness, in the imminent exponential deterioration of the planet if we do not commit ourselves as companies.”