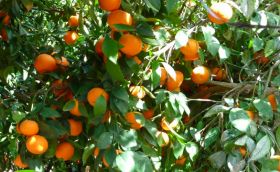 Spain is forecasting a citrus crop of 6.705m tonnes in 2021/22, a fall of 4.8 per cent on the previous season and 2.1 per cent down on the five-year average, according to the latest forecasts released by the Ministry of Agriculture.

The biggest contraction is in soft citrus and lemons. The former will see a fall of 9.9 per cent to 2.087m tonnes. This is 4.8 per cent lower than the five-year average.

After last season’s record crop, lemon production is down 11.4 per cent to 1.011m tonnes, a fall of 0.5 per cent on the five-year average.