At the UN Foods Systems Summit, IFAD's president warned that a "radical rethink" on food systems financing was necessary 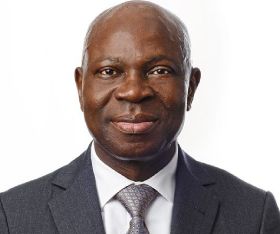 At the close of the UN Food Systems Summit, the president of the International Fund for Agricultural Development (IFAD) stated that in order to transform our food systems to end global hunger and achieve sustainability, the way they are financed must be reimagined.

“The Secretary-General called for this summit two years ago in recognition of how far the world was from achieving zero hunger, and amid rising climate change impacts and worsening food insecurity,” said Gilbert F. Houngbo. “Moving forward, success will depend on many things, and resources and bridging financing gaps is a major one.”

The IMF revealed this week that the fossil fuel industry benefits from subsidies of an estimated US$11m a minute. Meanwhile, approximately 3bn people worldwide cannot afford healthy diets and rural people in developing countries, who are critical to global food systems, remain highly vulnerable. This situation demanded a radical rethink about how they are supported, Houngbo stated.

“Success will depend on making these transformations inclusive, especially for those who grow, process and distribute our food,” he said. “Food systems have to work for the people who work in them. We need to put forward new financing mechanisms to scale up resources at country level to support the national pathways.”

Houngbo urged governments and public and private financial organisations to innovate in order to boost the resources available to countries in their national development pathways.

“While most rural people in developing countries earn their incomes from agriculture, they are generally cut off from affordable financing that would help them to introduce new crops and innovative techniques to build their livelihoods and adapt to a changing world.”

IFAD is soon set to co-lead the Decent Wages and Living Income coalition with the International Labour Organisation (ILO) and the support of CARE, in order to “advance this important element of food systems transformation”.

“IFAD is also leading an initiative to unlock the potential of public development banks across the world to address the lack of access to finance for rural producers, while helping to shift investments to fairer and more environmentally sustainable systems,” the organisation revealed. “This will be a key focus of the Second Edition of the Finance in Common Summit to be held in Rome on 19–20 October.”