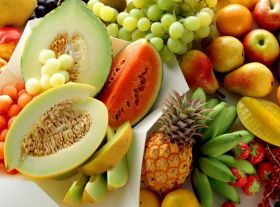 New initiatives announced by Chinese president Xi Jinping are set to boost the economic cooperation between China and the Association of Southeast Asian Nations (Asean).

Chief among the new initiatives announced by Xi is the commitment to import Rmb 150bn (US$23.48bn) worth of agricultural products from Asean members over the next five years.

A report published by Global Times indicated the Rmb 150bn could mean China may almost double its farm imports from Asean members in the next five years.

In 2018, China imported Rmb 18.48bn (US$2.8bn) worth of agricultural products from Asean members, according to stats released by China's agriculture ministry.

Asean members, including Thailand and Indonesia, are among China's top 10 import sources. It’s believed tropical fruits will be the main beneficiary of China’s buying plan.

According to customs statistics, viewed by Global Times, the China-Asean fruit and vegetable trade in 2020 was worth about Rmb 15bn (US$2.3bn). The total fruit exports of Asean members to China stood at about Rmb 6bn (US$939m), and exports of fresh durian alone reached Rmb 2.3bn (US$360m)

China's demand for fruit from these countries has continued to increase in recent months. From January to August, total China-Asean fruit and vegetable trade was already close to the full-year level of 2020, of which Asean fruit exports to China exceeded Rmb 6.4bn (US$1bn), data from China's Commerce Ministry showed.