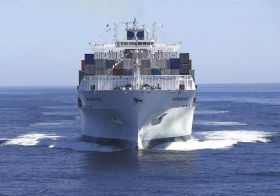 Safmarine has revealed that it has made improvements to its Southern Africa-Far East (Safari) service by introducing a new string dedicated to the Indian Ocean Islands and Mozambique.

'Safari 3' will run weekly linking Asia to Mozambique and the Indian Ocean Islands with direct calls at Tanjung Pelepas, Port Louis, Toamasina and Maputo, with an eastbound transit time of 15 days.

"Our new Safari 3 string will complement Safmarine's existing service offering and market coverage of Southern Africa," said Safmarine's SA trades executive Alex de Bruyn. "Not only will it improve our direct coverage of the niche ports of Toamasina and Maputo to and from Asia, but it will also strengthen Safmarine's service into South Africa by taking the Indian Ocean Islands out of the westbound rotation of the main Safari string where our customers require fast transit times."

Five 1,700 TEU vessels will be deployed on the service, with capacity to cater for both dry and reefer cargo.

"The new string – which launches on Thursday, 2 July 2009 – will also deliver market-leading transit times to and from Mozambique and Madagascar; it will be particularly attractive to shippers wanting a faster and more reliable service between Maputo and the Indian Ocean Islands," de Bruyn added. "For example, the westbound transit time between Madagascar and Maputo is only four days."