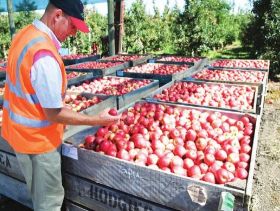 Sources told the Trans-Tasman Newsletter the WTO panel had rejected the Australian argument that the importation of New Zealand apples put the country’s topfruit industry at risk of fireblight.

The row first erupted in 1919, when New Zealand apples were first banned from Australia after the discovery of fireblight in the country.

Although tests showed the disease is unlikely to be transmitted by importing mature apples, New Zealand had attempts at gaining Australian market access thrown out in 1986, 1989, and 1995.

It was eventually granted access in 2006, but the conditions were so strict that exports were untenable and the country lodged a WTO complaint in 2007, claiming the regulations were an unacceptable barrier to trade.

Pipfruit NZ chairman Ian Palmer said today the government had received the WTO decision, but had not briefed his organisation.