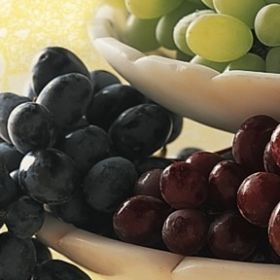 Californian grape growers are eyeing new export opportunities as production volumes grow. Australia, the UK, Russia and India are all being targeted, according to a report in The Packer.

The California Table Grape Commission said some companies are now sending up to half their volume overseas, although the average is around 30 per cent. While Mexico and Canada absorb the bulk of exports, China, Japan, Hong Kong and other Asian countries are also important markets.

Justin Parnagian, sales manager of Fowler Packing Co. Inc. said there were opportunities to increase shipments of late-season varieties to the UK. “They have an appetite for our varieties,” he told The Packer.

Delano, California-based Columbine Vineyards exports about 25 per cent of its output to markets in south-east Asia, New Zealand and Latin America but vice president Chris Caratan said this figure could increase as the weak dollar made US product more competitive. He singled out Russia and India as huge potential markets for the future.